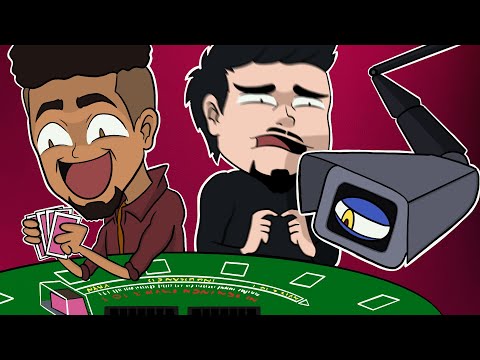 Comrades, this pandemic pretty much exposes the class nature of our society, and it makes it so obvious that even the most reactionary person with no Marxist training whatsoever can see. Not just that it exposes the class nature of our society but as the manifesto says, as the capitalist crisis deepens the proletariat is getting organized as a class, and this makes the proletariat an unified class, the solidarity resulting from realizing that we are all under oppression, this is what forms and welds the proletariat into a stand-alone class, whereas before they were lost and confused in the liberal jungle, this pandemic exposes both the proletariat class as naked as it can, and also the bourgeois class, and makes it more easily identifiable, and also exposes the uselessness of liberalism/neo-liberalism and the class collaborationist rhetoric.

Why am I saying this? It is because a lot of people have been sent home and are now staying at home, relaxing, spending time with their family,etc... a lot of people EXCEPT THE PROLETARIAT! A lot of people now stay at home except the actual workers who have to go into work, risking their health, risking their lives, and risking the health and lives of their loved ones as well. Now I am not talking about some of the supermarket clerks, restaurant workers, cinema workers, store workers ,factory workers, who's workplaces have closed down too, they are proletarians all right, who's employers just ran out of orders so they rather sent them on unpaid/paid leave or might even fired them, and closed down their unit temporarily. No, I am talking about the other people, so today we have about 1 billion people staying at home, and most of them are privileged non-proletarians, while the rest, the other 6.5 billion still have to show up to work because they have ruthless bosses who doesnt give a damn about them and who think they are completely expendable, these are the real workers who have the economy on their shoulders. So the others who have been sent home might be able to retrain themselves or if they got a paid vacation then just take some time off, but eventually they would have to go back to work, while the others, will just stay at home, no matter how long this pandemic lasts: weeks, months, years, and they will parasite off the labor of the others who will be forced to go to work, risking their lives just to save the profits and revenue of these scumbags. This is what exposes capitalism like nothing else could.

Who are the real essential proletariat?


Who are not the proletariat?

To all the people who still have to go to work tomorrow on Monday, now you see why. The class society has been revealed like in no other time in history. Liberalism has completely failed, and these are the first breezes of a potential for Socialism.

[Spoiler] My Honest Quick Review of The Last Jedi

Hey Everyone! I normally do not do this, but I wrote this review for the Rotten Tomatoes listing of the film and once i finished my review and hit submit, nothing happened. Which bummed me out. Anyways, be gentle and here goes.
Its been one week since i last saw The Last Jedi and i have a few thoughts to share on it.
First: I loved it. But i am still severely conflicted about it. This movie took some risks, and alot of them i did not see coming at all! In fact, once i started to see how risky the writers and director were being, all bets were off. I didn't know where the story was heading and that was scary and refreshing at the same time. I didn't know who would die and who wouldn't. It made me anxious and it's been awhile since a Star Wars movie did that to me. Not counting Rogue One.
-------------------------SPOILERS START HERE ---------------------------
What i didn't like: The movie takes place literally right after EP VII, and then the movie proceeds to tell you the story of the next 30hours or so following the end of EP VII. I didn't like this. In terms of story building, the overarching story was very very short. And at times, it did feel a bit 'Empire vs Rebels', which isn't great but it is what it is. This reason and for this reason alone, i removed one star from my review, giving it 4 stars. I would hope that EP IX, takes place much farther in the future which is what i feel like will happen.
I didn't like the fact a major OT character died, Luke Skywalker. Granted, he became a Force Ghost and is now one with the Force, so he isn't exactly dead but still gone. I didn't like this, it felt very 'empire' to me where the mentor is only around for a handful of scenes and then dies later.
Also, the lack of communication between some characters was stupid. A lot of story could have been shaved, saved, or made better had the new General (whose name eludes me right now) just told Poe and Finn the plan. I could gather why she didn't (General's do not have to disclose plans of op to their subordinates) but it would have helped.
What i did like: The risks it took. Snoke is dead, Kylo is now supreme leader, i didn't see this coming. This is something that would happen in the last arc of this trilogy but no, it happened here. I loved it but im also conflicted about it. I know the story is was about Rey and Kylo and not Snoke but man i am bummed that we dont get his backstory. Where did he come from, who is he, how did he rise to power? etc. Maybe this will be explained in a comic or book which i'm game for but in the movie theather seeing him die, wow. It was a shock.
The scenes between Kylo and Rey where amazing and Luke was amazing, i understand why he was the way he was and i respected him for it.
The force itself was interesting in this movie. We never seen communication across planets before, its been hinted but never seen. Same thing goes for Force projection(except for the old extended universe i believe). And then, my favorite, Yoda going Thor and summoning lighting as a freaking Force Ghost. This was amazing, daring, and risky all at once. I loved it!
Greatness can come from anywhere, Rey being the daughter of some junkrats makes sense since she is from Jakku (altho who was in the ship from EP VII?), Those kids on the casino planet WHO CAN USE THE FORCE, is awesome as well. You don't have to be from a historic line of Jedi/Sith to have powers. And i got that message loud and clear. And i loved it.
-----------------------SPOILERS END HERE--------------------------------
I hope everyone who sees this movie will enjoy it for what it is. Its a new take, and it takes risks not many would, for that i applaud it and for that i will see the next movie. And for those who have their doubts, i would ask to just see it with an open mind. Your theories and wishes may not come true but thats okay. It's a fantastic movie with some faults but it is a great ride and one that leaves you guessing, wondering and hoping for the best in the next Star Wars movie.

A Look Inside the New MGM Casino National Harbor Theater ...