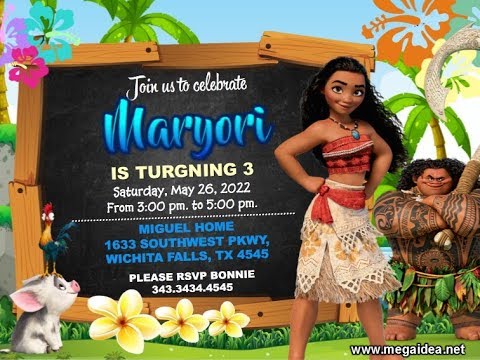 Hi,
​
I have just suffered the greatest loss in my life, and I don't know how to handle it. Here's some backstory:
I'm a student, and I have been investing in cryptocurrencies and stocks for the past 3 years. Investing was going very well for me; I had saved up money from part-time work during university, and I had accumulated a fair portfolio of cryptocurrencies and stocks. At one point, I had about 0.6BTC, and I had about £2k in a wide portfolio of stocks.
​
At the end of last year, I was invited to a Christmas night-out at a casino with my then work colleagues. I always had a negative opinion of gambling, with my mother being heavily addicted to scratch cards, lotteries, and occasional casino gaming. I told myself "I'll spend this £50 I have lying around in my wallet, and that'll be it." and then I had a few drinks, provided by my workplace. I'm sure you know how that ended, since I am sure that every gambler begins like this. I lost the £50, and ended up sinking £100 more trying to gain it back. I was devastated and in tears, a rather embarrassing moment.
I eventually had to quit my job, since I was going home for the summer to see my mum.
​
Over the next 2 months, I would end up gambling away £1000 in cash online. It started with small bets (£10, 20, etc.) which exponentially grew as I tried to get each deposit back. I decided that the damage was done, and quit it there, deep into my overdraft. Then I got an email from a betting site, saying I had a £1 free bet waiting for me. I ended up turning that into £1600, and left at a profit, never to look back at gambling again...
​
...UNTIL!
​
Altcoins had a strong boom in the middle of this year post-lockdown. I saw this as an opportunity to move some of my investments around. I had put in a few more thousand that I had saved up into one altcoin, and I rode that altcoin up to an equivalent 0.6BTC, with the intent of reaching my goal of owning 1BTC, and never looking at my cryptocurrencies again. I ended up holding this altcoin (hoping it would reach 1BTC) until I was left with £1000. This was devastating. I ended up accepting the loss, and carried on holding this coin for a few more months.
​
At the same time, I had run out of money. My student loan had finished, I had no income, and I was living off my overdraft again. I had to sell all of my stocks, some of which I had bought right after the market crashed in March, which would've got me sizeable returns had I held them to this day. I however, needed to eat.
​
I then decided to diversify the £1000 I had left in cryptocurrencies into a few different coins, to try and minimise my exposure to risk. I eventually got impatient, and I saw a bunch of people talking about the futures markets, and I eventually found myself in a Telegram group chat, promising to drop futures trades. These people were posting 70% returns within the space of 10 minutes of these predictions being out. I was bewildered, and I thought "this must be less risky than gambling, seeing as so many of these people are making such extreme returns from the futures market."
Of course, being in this state of desperation, I decided to risk the £1000 I had left, to try and gain my 0.6BTC back. This did not last long. I had lost all of my cryptocurrency holdings on the futures market. That's 3 years of savings and work gone down the pan in the matter of days. The loss is of course, also psychological. Who knows how far those holdings might have taken me in the future if I had sold for 0.6BTC, or if I had not sold my shares?
​
I then ended up trading away my overdraft, trying to get my money back. I am mentally drained, heartbroken, and in debt. I am also very worried that the feelings I feel will get worse as the prices of the assets increase over time. I can't pay my rent, and I can't afford to eat. I can't look my mum in the eye, and I can't bear to tell her what's happened, since she is not that understanding. I also have friends who know I was investing, and the shame I would feel if they found out I gambled everything away would break me, it makes me want to vomit just thinking about it.
I'm now trying to get another job, and some internship/spring week placements, but I am only getting rejections, which just makes me feel even more worthless.
​
Thanks for reading. Any questions, advice, or comments are more than welcome.

These lists take time and money to put together. Not a lot, but a little. If you enjoy them, maybe toss me a buck now and then. Signing up for a free AirTable account via my referral link can help, too. Plus, it's swell!

Royal Caribbean Harmony of the seas (The truth revealed)